Is Your Copy on Crutches? Don’t Let These Words Kill Your Content

When I was about five years old, my older brother taught me a brand new word, one I’d never heard uttered in our ultra-conservative home. He then encouraged me to go share this vocabulary addition with my mom and ask her what it meant.

In moments, just like Ralphie in “A Christmas Story,” my tongue was being lathered up with a bar of Lifebuoy soap and I got an earful of my mom’s wrath to go along with that mouthful of suds.

That experience provided a couple of lasting takeaways:

Word choice is something that often doesn’t get as much attention as it should, even among people who create content for a living. It’s easy to let linguistic trends slip into our daily vocabulary (how often do you hear “right?!” used everyday?) or to use filler words like “uh,” “um” and the dreaded “like.”

Such words are known as crutch words because they’re often used when someone is searching for the right words or has lost their place in a conversation or presentation. In speaking situations, using these words often gives the impression that the person lacks confidence or clarity (or both).

When crutch words slip into our copy, it can be even more distracting. These ineffective words dilute messaging and annoy readers. While these words all have their place in vocabulary, they become crutch words when you stop using them properly and let them become fillers.

Say ‘No’ to These Crutch Words

If you want to improve your content and make it snappier, think about kicking these crutch words to the curb.

Actually. If you’re using this word frequently in your copy, there’s a good chance you’re using it incorrectly. When used properly, “actually” is supposed to signify that something is real. As a crutch word, it’s often used to punctuate a fact, such as “I actually hope you’re still reading this.” If you re-read the sentence and your copy doesn’t lose meaning without that word, take it out.

And. I get it; “and” is an important conjunction that links different parts of speech together or can introduce an additional comment. It’s not, however, a great way to start a sentence. Used sparingly for stylistic reasons, that approach can work, but avoid letting it become a habit.

Look. My favorite part of the evening news is watching the press briefings and counting how many times a certain White House press secretary starts her responses with the word, “look.” One can argue that starting a sentence with this word is to make the listener/reader better understand what’s being said/written, but that’s fake news. Eliminate this word as a sentence starter and you’ll still make your point.

Obviously. Throwing this word mindlessly into copy can be unintentionally off-putting to readers; it can come off as a nicer way of saying, “duh!” Spelling out “This is obviously a benefit because …” sounds a bit like “in case you can’t connect the dots yourself, here’s what this means.” Obviously, that’s not what you want to do in your copy.

Really. When you really, really want to make your point, you probably use this word. The problem is, it doesn’t say anything. Use a catchy adjective instead to say what you mean. (Also see “Very.”)

Seriously. This word has become increasingly more difficult to take seriously because it’s so frequently used as an exclamation point to make a point. As in “I seriously cannot believe we’re still talking about these words.”

So. Somehow, so has become one of the biggest repeat offenders in our current speech habits. How often do you ask a question and the answer begins with, “So …”? (Once you start noticing it, you’ll be amazed/annoyed at how ubiquitous its use has become.) While “so” can be an adverb, a pronoun, an adjective or an interjection, it should not be the way you begin making your point. Let go of “so” and get to the point.

Totally. This word pretty much lost its meaning in the ‘80s thanks to Valley Girl talk, when it became a way to emphasize what’s being said — such as “I totally don’t understand what you’re talking about.”

Well. While there are many uses for this word, launching a sentence should not be one of them unless it’s answering the questions, “How are you today?” or “What did Lassie say Timmy fell into?”

Last But Not Least: The Grand Dame of Crutch Words

While that’s a plentiful list of crutch words, it has to wrap up with what is literally the current mother of all crutch words.

Yep, “literally” tops that Most Likely To Be Misused list.

This word is abused so frequently that it deserves its own awareness campaign (and maybe even a telethon). Most of the time when “literally” is used in content, the writer means “metaphorically” or “figuratively,” not literally. In fact, the use of literally is often the exact opposite of what the writer/speaker is trying to convey.

Like me, you probably literally want to jump off a building when you see/hear that word being used.

Since its overuse appears to be here to stay, at least for the time being, the best you can do is police your own copy and make this frequent offender — and all the others on this list — don’t appear in it. 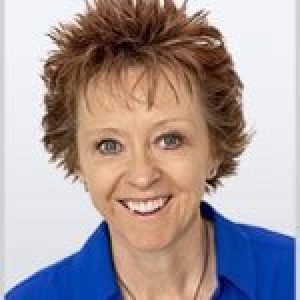 Paula Felps is a staff writer and editor with madison/miles media who has written for a variety of print and digital publications. She is the author of multiple books and is owned by a 17-pound Boston terrier named Archie.

As social media has become a necessary tool for communication — both in our personal lives and in the business world — it has created entirely new ways to reach customers and initiate conversations that...

But what do academic journals have to do with your blog?! (And what the heck is a quantile, anyway?)  First of all, backlinks are the online equivalent of academic journal citations. And more backlinks have...