How to Measure and Improve Core Web Vitals

Google’s ranking algorithms are a mystery — by design.

No expert can explain with 100% certainty exactly how the search engine’s algorithms are weighted, and since the specifics of its algorithms are always changing, best practices for SEO are constantly evolving, too. With more than 200 documented ranking factors covering everything from domain age to page length and outbound links, even the most experienced experts in the field will admit there’s a degree of speculation involved.

All that can be frustrating for businesses whose website performances and bottom lines depend on traffic from Google, and especially confusing for business owners and managers who don’t have a background in web development.

But while the specifics of Google’s algorithms may be secret, Google has been nothing but open about the general criteria it prioritizes the most. And increasingly, Google says, it’s prioritizing a set of factors known as Core Web Vitals. Any shift in Google’s algorithms is a big deal. The ones that Google explicitly announces are an even bigger deal.

These changes may sound frightening to businesses, given the stakes — after all, 53% of web traffic comes from organic search, and no business wants to be left behind when Google’s algorithms change. But in truth, Core Web Vitals are concerns that your website should have been paying attention to anyway, even without the SEO consequences.

What Are Core Web Vitals?

Core Web Vitals are metrics that Google has deemed important to a website’s overall user experience (UX), and UX has been a large factor in SEO rankings since 2019. Google has highlighted three factors of primary concern: content loading speed, interactivity and visual stability.

In layman’s terms, the more seamless a webpage’s design is, the better its Core Web Vitals are.

Core Web Vitals shape Google’s “page experience” score, which generally measures a page’s health. Plenty of other factors influence a site’s page experience score, too, including its mobile friendliness, whether it has pop-ups and how many it has, and whether it’s safe to browse (for instance whether or not there’s malware on the site).
Those factors will continue to matter, but in 2021 Google announced that beginning in mid 2022, Core Web Vitals will heavily affect SEO rankings due to the nature of how people expect webpages to behave in today’s tech world.

Possibly the most key Core Web Vital metric is your site’s largest contentful paint rating (LCP), which shows the average loading time of the primary content on a webpage. That content includes both text and media.

LCP may sound complex, but it basically measures a site’s “perceived” load speed (how long it takes the main attraction on a site to appear). Each page has its own LCP score. Google has set its standard at 2.5 seconds, meaning if it takes the main content longer to load than this, your site will receive a low score.

There are several primary ways to improve your site’s LCP score. Implementing critical CSS can ensure that above-the-fold content loads fast, while optimizing images so they’re the right size can help make them load much faster (you’d be amazed how many websites use unnecessarily large image files, and how easy this is to fix).

Of course, those fixes won’t do much if you’re stuck on a slow, shared hosting server. Your site’s speed depends on a fast server response time, and if you aren’t getting that under your hosting plan, it may be time to upgrade to a faster, dedicated plan.

Google measures the amount of time from when a user inputs a command until the website executes it. This metric is known as First Input Delay (FID), and it can be improved by reducing a site’s reliance on third-party code, breaking up lengthy javascript tasks into smaller tasks, and removing unimportant third-party tracking tags.

Compressing and minifying code files, removing or delaying nonessential third-party scripts and using web workers that allow your site to run scripts in the background can all help improve your site’s FID score.

You’ve probably noticed how some websites get jumpy, move around and display content shifting down as they load. That instability can make users accidentally click on the wrong item, creating frustration. Google measures the stability of a website as it loads with a metric called Cumulative Layout Shift (CLS).

A CLS score under 0.1 means that page is stable. If more than three-fourths of recorded pages hit that score, then the website passes Google’s CLS assessment.

There are a few efficient ways to reduce dramatic layout shifts on your site. Making sure content displays before ads or pop-ups is a big one. Adding height and width attributes to videos and images can also ensure that all media has been allocated an adequate amount of space, reducing layout shifts.

How Can I See My Site’s Core Web Vitals?

In short, no. Having good Core Web Vitals alone won’t increase rank. The takeaway is that bad or failing vitals will significantly decrease rank, regardless of the quality of content.

The entire point of Google’s complicated algorithms is that there’s no one shortcut or cheat code that can guarantee any site a top ranking. And while Google has signaled that Core Web Vitals will be increasingly key to its rankings going forward, it has also been clear that good Core Web Vitals will not take priority over good content.

“In general, [Google] prioritizes pages with the best information overall even if some aspects of page experience are subpar,” Google explained in a video. “A good page experience doesn’t override having great, relevant content.” In other words, user experience is important, but quality content should still drive everything your site does.

Why Do Core Web Vitals Matter?

Just because Core Web Vitals are unlikely to ever become Google’s top ranking priority doesn’t mean that businesses can afford to neglect them. The earlier a site makes UX improvements, the better the advantage it will have over competing websites. Sites that don’t upgrade their UX risk getting left behind.

Many factors go into the Google ranking algorithm, including Bounce Rate and the Session Duration, both of which are affected by the Core Web Vitals. If the UX on the site, including Core Web Vitals, isn’t up to par, it is unlikely organic traffic will stay long when there are other, faster, more competitive sites out there.

Having good Core Web Vitals affects the Google ranking due to the data Google pulls from the site, but it also affects ranking by affecting the Bounce Rate and Session Duration, both of which are weighed heavily in the ranking factors.

And discussed earlier, these are concerns your website should be addressing anyway. Slow load times, jumpy displays, input delays and invasive pop-up ads are a nuisance for users, and can easily drive away customers. For instance, page load times have an enormous effect on bounce rates. 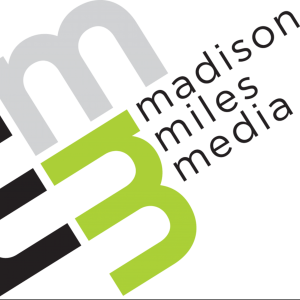 You probably know about the WordPress content management system (CMS). After all, millions of websites are on it. But did you know that HubSpot also offers a CMS? (They actually call it a " content optimization system" or COS, but it's...

The new year is finally here! Now is a great time to beef up your resume and increase your skill set to be a more competitive candidate, get a promotion and/or better serve your clients....