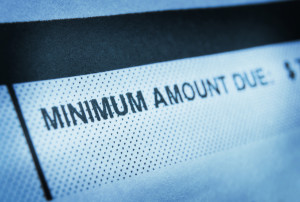 As the old adage goes, you get what you pay for. But does the saying hold true for content marketing as well?

Say you’re gearing up for a content marketing campaign and you’ve got several proposals from creative agencies to choose from: While it’s tempting to go with the lowest bid, doing so may ultimately cost more in the long run.

How agencies afford to offer their services at such low rates? It’s a trickle-down effect. Cheap content providers typically farm out the work to inexperienced freelance writers who will do the work for a pittance. These writers, many of whom are transitioning from another career into writing, are trying to crank out as many low-paying assignments as necessary to make a decent hourly rate. Do you really want them cutting their chops on something that, if done right, could potentially bring hundreds of thousands in new business for your company?

The other pitfall to be wary of when a content creator quotes a too-good-to-be-true fee is their management team. Some employ “content managers” with zero background in editing or managing writers — and it shows in their deliverables. Professional editors (with backgrounds in journalism!) make sure content maintains a consistent voice and is distributed over the most effective platforms.

Audiences are likely to be turned off by content that reads like ad copy, but professional journalists and editors, which can usually be found at a content or digital marketing agency, will craft content that is transparent, adds value and is highly shareable. The kind of stuff that goes viral.

A little extra investment up front goes a long way. When you’re willing to entertain a conversation about rate, you’ll entrust your content to a team of accomplished creatives, professional editors and credible writers — a winning combination that gets results.