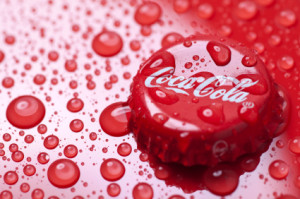 When you think about companies with great advertising over the years, Coca-Cola is likely to come to mind. The behemoth brand sells 1.8 billion servings of the drink every day, is recognized the world over, and is available in the majority of countries across the globe.

But like soda gone flat, Coca-Cola believes traditional advertising is fizzling. What’s ready to replace it on the shelf? Content marketing. (As a content marketing agency, we’ve been saying that all along. But now that Coca-Cola is saying it, too, we’re sure a few more people are going to listen.)

The new approach focuses on genuine consumer collaboration and moves away from the 30-second TV spots of yore. And while Coca-Cola is aiming to create an immense amount of content, the lofty goal is to make it the absolute best in the world. “The role of content excellence is to behave like a ruthless editor; otherwise we’ll risk just creating noise,” the video says.

At the Guardian Changing Advertising Summit, Coca-Cola’s vice president of global advertising strategy and excellence Jonathan Mildenhall said: “All advertisers need a lot more content so that they can keep the engagement with consumers fresh and relevant, because of the 24/7 connectivity. If you’re going to be successful around the world, you have to have fat and fertile ideas at the core.”

From one of world’s most recognizable brands, it’s a perspective that’s quite refreshing — much like a cold glass of Coke.