Become Part of the In(box) Crowd 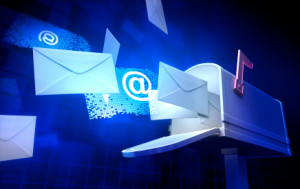 Blame social media, texting, RSS feeds, blogs, instant messaging, or just the passage of time: E-mail open rates are steadily declining. The reason, some say, is that e-mail is a thing of the past, destined to suffer the same fate as the dodo bird and Hammer pants.

But just as video didn’t really kill the radio star (although thankfully good taste did kill Hammer pants), these new forms of technology aren’t replacing e-mail completely. It’s tougher to get your message opened and read these days, but that doesn’t mean it’s not worth it — in fact, according to the Direct Marketing Association, e-mail marketing still gets you a better ROI bang for your buck than Internet search advertising, direct mail and catalogs.

With that in mind, it helps to know the trends in e-newsletters when planning your own. After analyzing more than 900 million e-mail messages, MailerMailer, an e-mail marketing and newsletter service, compiled its findings into the Email Marketing Metrics Report. Here are some of those results:

Getting in the front door: Open rates are steadily declining, but it might not be for the reasons you think. Social media and handheld devices probably play a role, but so does image blocking. Some e-mail service providers are blocking images, and if the images aren’t activated, the open won’t log in your stats. Another factor is list fatigue — people are getting more e-mail than they can keep up with, which is more incentive to tweak your subject lines and content to make yours stand out from the pack.

Sector matters. Some businesses produce content that just gets read more than others. The highest open rates in the study were from the agricultural, religious, transportation and large business sectors. On the other hand, entertainment, banking, marketing and medical newsletters were read the least of all. Make sure you or your email marketing agency is comparing apples to apples when analyzing your newsletter’s performance, and benchmark it against others in the same category.

Click here. Like open rates, click rates are on a major decline, too. That could be attributed to some e-mail programs not making links active, as well as the list fatigue that plagues e-mails in general. Smaller lists (fewer than 499 e-mail addresses) perform best when it comes to click rates. To get readers to act on your content, both link to the headline and add a sentence with a link to “read more.”

Timing is everything. Your biggest spike of readers naturally comes shortly after you send out your newsletter — about 30 percent will have opened it within two hours. By 23 hours, you’ll have 75 percent of your readers, and 90 percent will have read it after three days. For those remaining 10 percent and anyone else who keeps your e-mail to refer back to at a later date, keep all your links active.

madison/miles media, a DFW-area content marketing agency, has won four 2016 Communicator Awards, which honor excellence in marketing and communications. The agency won an Award of Excellence for Heartbeat magazine, which they publish for their client Mended...

madison/miles media, a DFW-based content marketing agency, was honored by The Content Council at the annual Pearl Awards for Heartbeat magazine, published for Mended Hearts. The magazine earned the bronze award for Best Association/Nonprofit Publication publication. When madison/miles...