madison/miles media, a DFW-based content marketing agency, is pleased to announce the addition of five new trophies to their Dallas office. The m3 creative team was awarded with Communicator Awards for a structurally exceptional website, a creatively informative article, an innovative logo, and a powerful activist video.

The Communicator Awards is an annual marketing and communications competition and one of the most competitive creative awards programs, with over 6,000 entries each year. Entries are ranked on a 100-point scale, with entries of 90 or more earning the title of an Award of Excellence and entries of 70-89 earning awards of distinction. View madison/miles media’s award-winning entries below:

madison/miles media stood up to the challenge and successfully created a unifying website as well as a new branding system for the offices being acquired. Patients are informed of the name change with a pop up and header image for each location explaining the transition. The madison/miles media team designed a navigation system that easily allows patients and staff alike to find the necessary paperwork, information and contact forms. The system that madison/miles media created allows U.S. Dermatology Partners to continue to expand their company and add new offices with ease. The creation of the U.S. Dermatology Partners website earned the m3 team an Award of Excellence for Structure and Navigation of a Website as well as an Award of Distinction for a Health Care Services website.

The Heartbeat Magazine feature article “One Size Fits All Medicine is Not Fit For All” won an Award of Distinction for exposing disparities in healthcare. The article, written by Camille Torres, sought to reveal the higher risk and greater mortality rate from cardiovascular disease among African Americans. Mended Hearts hopes that by calling attention to the inequalities, our health care system will be one step closer to cardiovascular heath equality. The team, led by Melanie Medina, publishes this bi-monthly magazine in hopes to spread awareness and advocate for heart patients throughout the country.

Since the video was created, Operation Texas Shield has used it during in-person presentations that have reached more than 2,500 people and video presentations seen by more than 70,000 viewers. The video has also been used on the websites of anti-trafficking organizations, television stations, school districts and churches. The organization’s educational programs continue with the goal of reaching four times as many people during the 2017/2018 school year as they did in the 2016/2017 year.

SodexoMAGIC contacted madison/miles media seeking new branding for an employee training program for American Airlines. The airline wanted the new program branding to compliment the look and feel of its own branding. The madison/miles team, led by Ben Carpenter and Kimberly Turner, designed a simple yet dynamic logo that achieved a distinct identity within American Airlines’ brand family. The team chose SOAR as the name of the program to portray the brand’s “strive for perfection.” 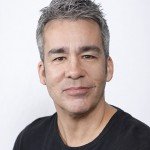 Enticing website visitors to come, sit, stay awhile, and possibly spend money requires you to be a darn good host — which, in turn, means you must guide guests through the " party" instead of...

You’ve put a ton of effort and resources into creating content for your website that reflects just what you want to say to your current and potential customers. But if that website doesn’t make it...